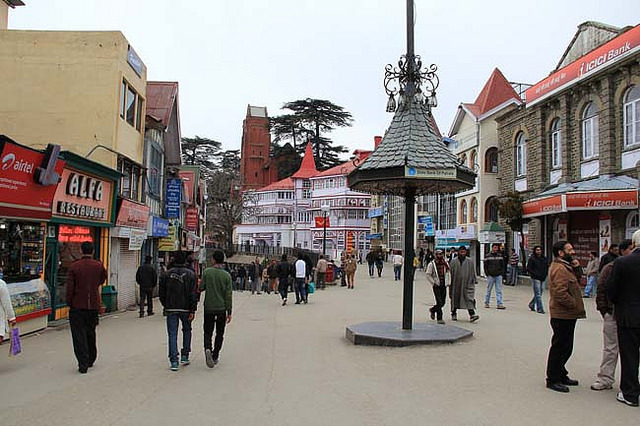 The Moment I heard the name, My Eyebrows grew up. Why Would there be a place called Scandal Point? Scandal in itself takes you to a happening which is not accounted for. I got curious and thought of taking it up with the residents. Whatever I heard from them, and if it is true, then this name was extremely appropriate. Availability of Police at this place was another reason for me to be curious.

This place connects Both the Ridge and The Mall Road and act as a starting point to both of them from One side. As far as the people’s opinion goes, In British Era, Maharaja of Patiala kidnapped the daughter of the Viceroy of India and eloped with her from this place and thus deriving its name as scandal Point.

Though there is nothing special at this place apart from being the connector to the Ridge and the Mall Road, One would not want to miss visiting Scandal point keeping in mind the mysteriousness of the facts about its name.

Book Your Shimla Tour Packages Now with Tour Crafters. Call us at +91 78768 58964 or send us an email at thetourcrafters@gmail.com.

Tour Crafters is not just like another travel agency, hovering around for revenues. We Strive for practicing our passion of managing travels with quality and merely  making a living out of it.